Alfama is where fado is said to have been born, but Bairro Alto, known for its maze of bars, is equally a fado stronghold, home to some of the best fado houses in Lisbon.

Here, you can sample traditional Portuguese cuisine with interludes of authentic fado – generally performed by a male or female fadista (fado singer) accompanied by the Portuguese guitarra, a pear-shaped guitar unique to Portugal.

There’s usually no cover charge, but many fado restaurants have a minimum spend or an expensive menu that includes the fado show. Get there early, or better yet reserve a table.

Those who want a taste of authentic fado without committing to an entire dinner will find here useful information as well. 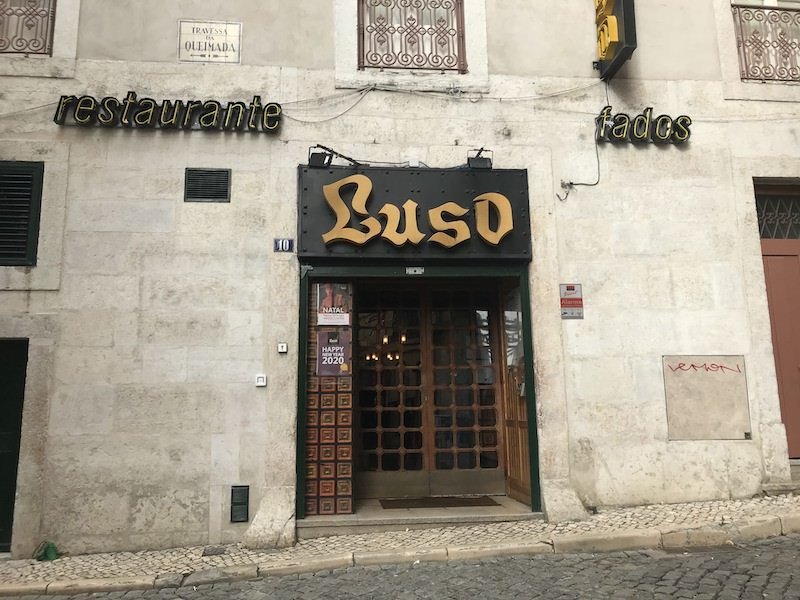 Café Luso is one of Lisbon’s oldest fado houses. Located in the cellar of a former 18th century palace that survived the great earthquake of 1755, the vaulted ceilings, in stone and brick, provide the perfect acoustic conditions.

Fado performances start at 8pm. Curtains are closed and the light is dimmed, creating an involving atmosphere for both fadistas and audience. The show runs until 2am at 20-minute intervals. The restaurant serves classic Portuguese dishes with a gourmet twist. As many fado houses in Lisbon, it has become overly touristy. 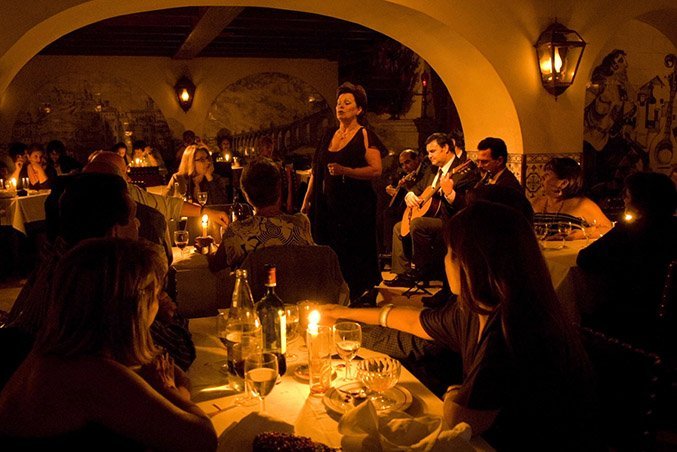 Founded in 1955, A Severa is a third-generation family-run fado restaurant. The walls are decorated with azulejos (hand-painted tiles) that together with the antique street lamps and arches create the perfect fado atmosphere. The performance begins at 9pm. It serves traditional Portuguese dishes. 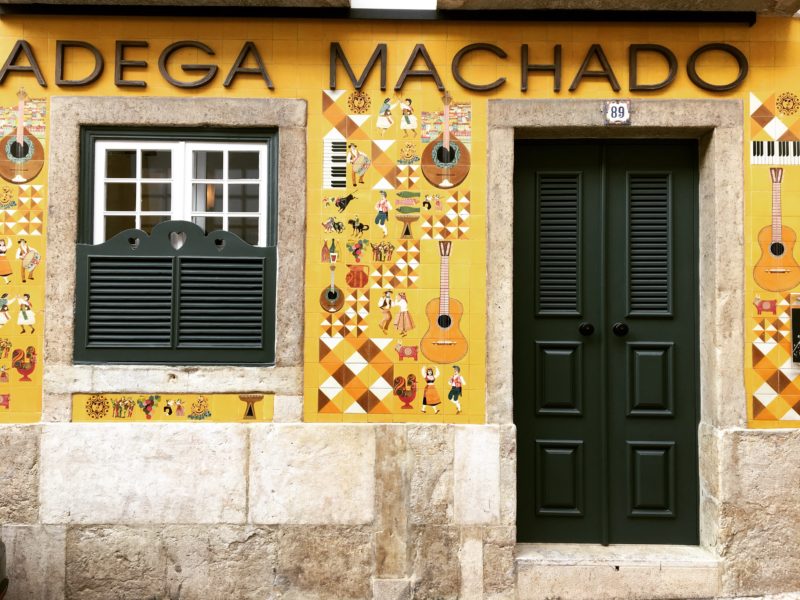 Founded in 1937, this three-storey restaurant was renovated in 2012. Here, you can you listen to fado de Lisboa, but also to the more classic fado de Coimbra. Adega Machado serves Portuguese dishes with a gourmet twist. The place is part of the Fado Group, which also owns Café Luso.

For those who don’t want to commit to the full dinner-and-show experience, Adega Machado offers Fado Inside the Box. Everyday at 5pm, you can listen to 45 minutes of fado while sampling some wine and snacks + bread and olive oil in the Fadistagem room for €17 per person. 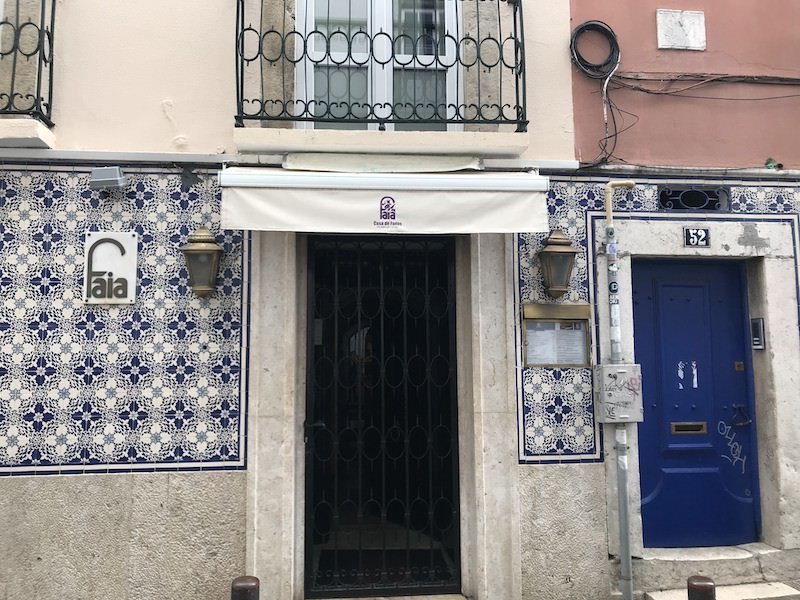 Founded by fado singers in 1947, this restaurant has had several owners linked to the fado world. The interior is traditionally decorated with azulejos (panels of hand-painted tiles). Fado is sung in-between courses. The menu includes classic Portuguese dishes, such as bacalhau (salt cured codfish) fish and octopus.

Tasca do Chico is not a restaurant like the others in this list. Instead, it’s the ideal place for those who don’t want to commit to the often expensive dinner-and-show experience. Here, you may get fado by celebrities such as Mariza, who has honoured the place, but most often you get the authentic fado vadio (literally translated as vagrant, but which means “amateur” in fado’s language). As a general rule of thumb, you shouldn’t talk while the artists are performing, or you will be shushed.

To pair with the fado show, there are small bites or tapas, including chouriço assado (a sort of barbecued sausage) and cod fritters. The place is small, and is usually packed, so it’s wise to book ahead. Fado starts at 9pm. There’s another Tasca do Chico in Alfama.

Canto do Camões is a traditional fado restaurant, with daily live fado shows starting at 8.30pm. Lights are dimmed while the fadista accompanied by one or two Portuguese guitarists perform. During the night, you get about 15-minute fado at 15-minute intervals. The menu includes the chef’s cod and other Portuguese traditional dishes.