At the end of Rua das Portas de Santo Antão, Lavra Funicular is less touristy than Glória Funicular, not far from it on the opposite side of Restauradores.

Still, it offers a fun ride climbing up Calçada do Lavra. Once there, the tiny park, known as Jardim do Torel, is just a short walk away. It offers great views of the Baixa neighbourhood. 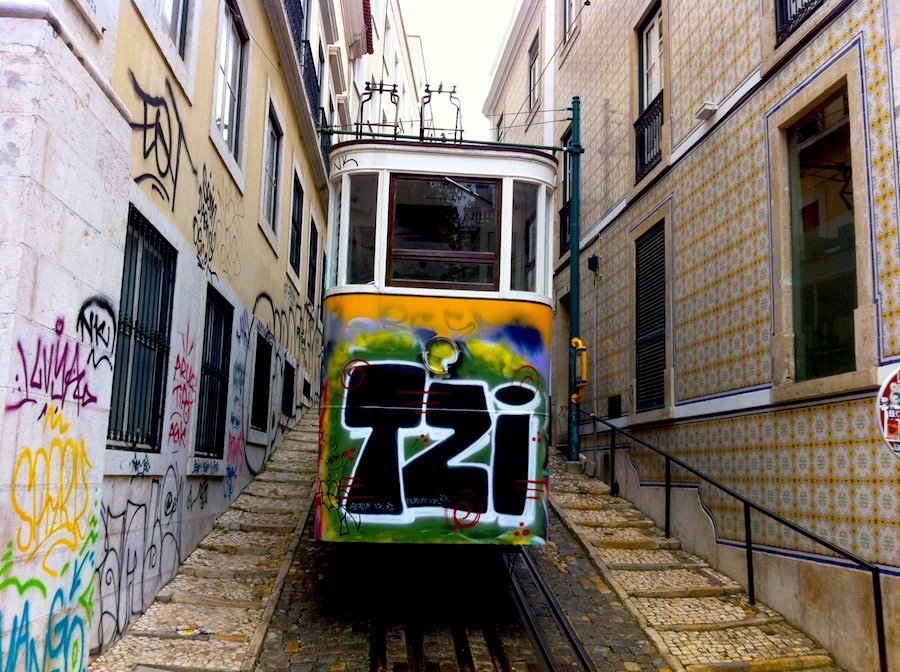 Opened in 1884, Lavra is Lisbon’s oldest funicular, the first one to help make the city’s hills a little more manageable. Like the remaining two funiculars and Santa Justa Lift, it was designed by the Portuguese engineer Raoul Mesnier du Ponsard. Initially moved by the water counterbalancing system, the funicular soon became steam powered. In 1915, it was converted to electrical power.