From Praça dos Restauradores, the funicular climbs up Calçada da Glória towards the Bairro Alto neighbourhood. It’s a fun ride, and in a couple of minutes you’ll be looking at Lisbon’s rooftops from the Miradouro de São Pedro de Alcântara at the top of the hill.

This is probably the busiest funicular in Lisbon, serving local residents, tourists and hipsters, mostly on weekends, on their way to the Bairro Alto bars.

Glória Funicular was established in 1885, a few years after the Lavra Funicular, the first of its kind to open in Lisbon, and a few years before the Bica Funicular. 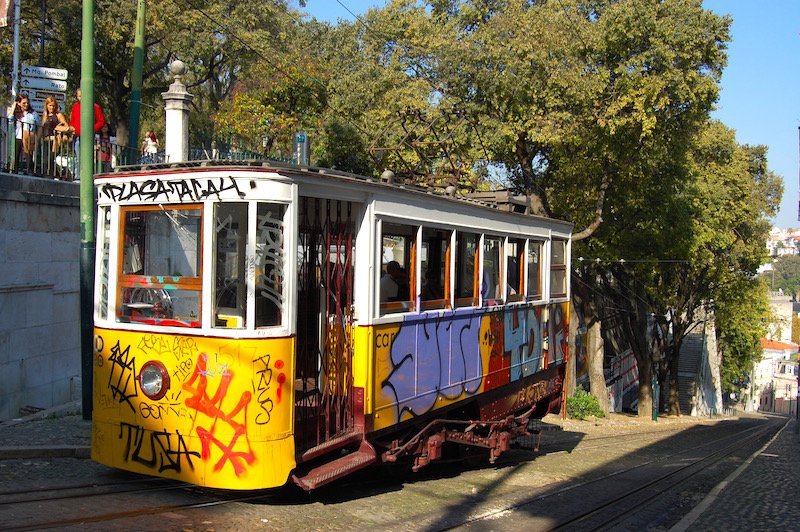 Initially moved by the water counterbalancing system, the funicular soon became steam powered, and rides at night were lighted by stearin candles. Later, in 1915, it was converted to electrical power.