Chiado (pronounced she-a-doo) is a Lisbon neighbourhood famous for its range of antique cafés and bookshops, elegant boutiques, historic theatres and buildings, while Bairro Alto is a quiet residential area during the day that becomes the centre of Lisbon’s nightlife, attracting a hipster vibe, mostly on weekends.

Rua Garrett is Chiado’s main commercial street, famous for combining the tradition of centenary bookshops and cafés such as A Brasileira with the elegance of french-style boutiques.

You’ll still find a few notable buildings on Rua Garrett, namely the Igreja dos Mártires (Church of the Martyrs), completely rebuilt after the earthquake of 1755, and the building where a Benetton megastore opened in 2001, keeping in its premises the old art nouveau elevator. 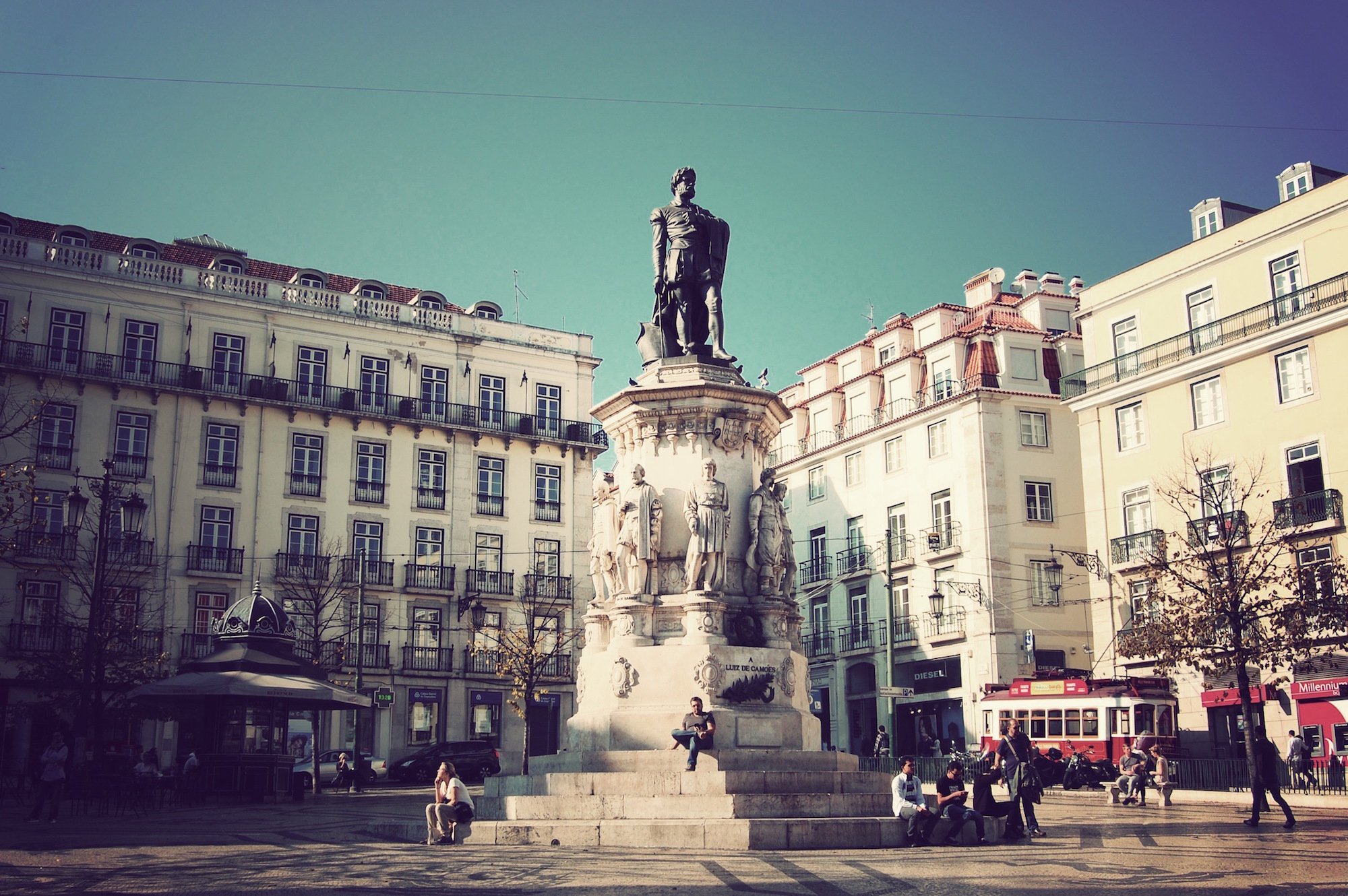 Largo do Chiado is the neighbourhood’s main square. Two Baroque churches stand on opposite sides: Igreja do Loreto and Igreja da Encarnação. Facing Largo do Chiado, a statue of the poet Luís de Camões stands at the centre of the square that bears his name – Praça Luís de Camões.

The arches of the Carmo Convent mark the eastern frontier of Chiado where the district meets its neighbouring Bairro Alto.

You’ll have no trouble finding just the right spot to eat or hang out among the myriad of restaurants in Chiado and Bairro Alto. The Bairro Alto is also a fado stronghold where you can find some of the best fado restaurants in Lisbon.