Home » Traveller Information » Getting Around Sintra and Cascais by Bus, Tram and Bike

Sintra and Cascais are relatively compact, and town centres are easy to walk around on foot. But many interesting attractions are a bit outside, and you might need some way to get there.

Fortunately, there are several transport options, such as tourist bus routes, hop-on hop-off bus tours, a vintage tram, bike-hire schemes, and even tuk tuk tours, so there is really no reason to ever drive a rental car into Sintra and Cascais. 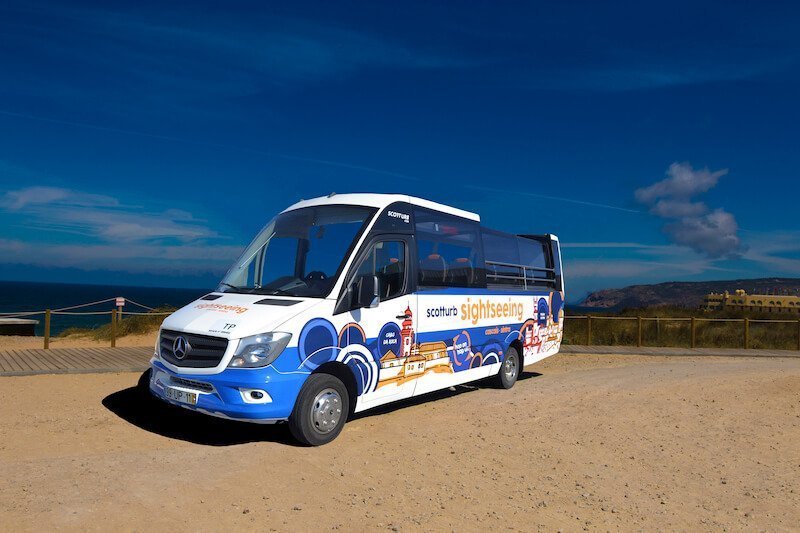 Scotturb is the public transport company that operates buses in Sintra and Cascais, also connecting these two towns. It provides several tourist bus routes as well as hop-on-hop-off sightseeing tours.

No. 435 Route: This bus route is also known as Villa Express 4 Palaces, since it goes through Sintra Village, where you can visit the National Palace, aka Village Palace, and then through three other palaces: Quinta da Regaleira, Seteais Palace and Monserrate Palace. The route starts and ends at Sintra Station.

No. 403 Route: The No. 403 route connects Sintra Station and Cascais Terminal. It goes through Cabo da Roca, westernmost point in mainland Europe, and the coastal resort of Azenhas do Mar. The trip takes about an hour.

Although some Scotturb tickets are loaded on a Viva Viagem card, you might not be able to use the same Viva Viagem you bought and used in Lisbon, unless the card is empty. This is because Lisbon and Sintra fares are different, and a Viva Viagem can only take one type of fare at any one time. Instead, get a new Viva Viagem, which costs only €0.50, or buy another type of ticket on board.

Sightseeing Cascais Line: This hop-on hop-off bus starts and ends at Cascais Station. It goes through Cascais Bay, Boca do Inferno where you can see the impressive geological formations and sea caves, Guia Lighthouse, Guincho Beach, and Cabo da Roca.

Sightseeing All Lines – All Buses (24/48 hours): Visitors to Sintra and Cascais often want to get around freely during one or two days. It’s easier if you buy a sightseeing ticket, which is valid for 24/48 hours on all the above routes, and more. It costs €15 and €25 respectively + 0.50 card (children under 12 pay about half).

Scotturb sightseeing tickets can be bought on board. Note that some schedules may vary slightly from winter to summer, and on weekends and holidays. 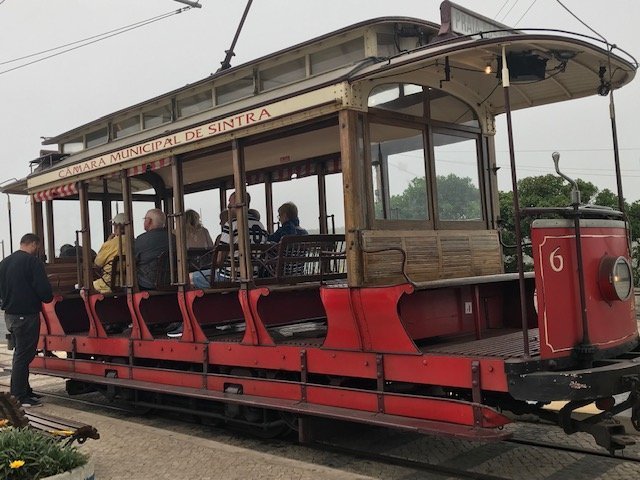 Sintra’s vintage tram runs on its own track since 1904, along the side of the road. It goes from the town centre to the small seaside resort of Praia das Maçãs. Do it mostly for the fun of the ride, which is about 13km / 8mi and takes 45 minutes. 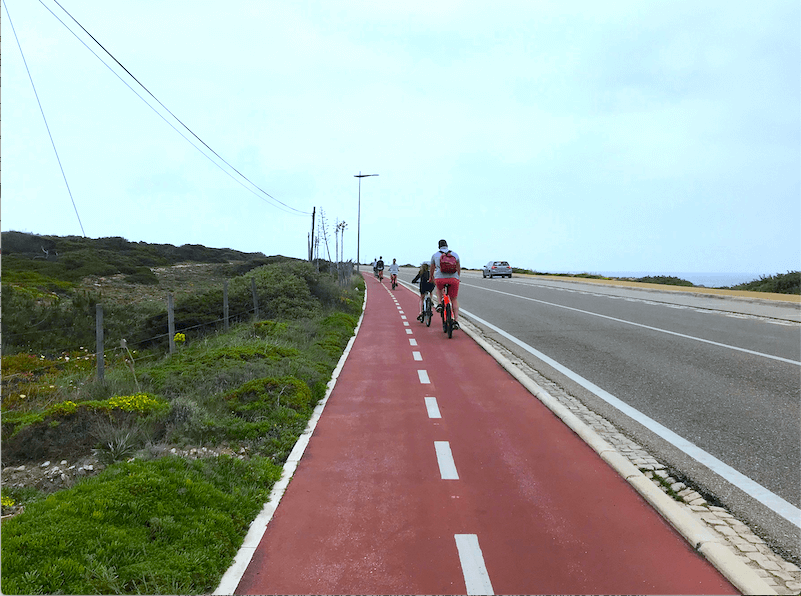 Cascais has its own bike-hire scheme known as biCas, similar to Lisbon’s Gira, offering conventional and electric bikes. Bikes are available from several stations in Cascais from 7am to 8pm daily. It costs €3.90 to access a biCa bike for 24 hours. You’ll need to download the app MobiCascais and register (if asked for a Portuguese tax ID, known locally as NIF, use “123456789”). Another option is to hire a bike from the rental shop in the Cascais marina.

There are several cycle routes in Cascais, but the best one is the 9km / 6mi route along the coast from Cascais to Guincho.

For an adventure around Sintra and Cascais, just grab a tuk tuk and the driver / guide will drive you through the numerous points of interest. Some of the tuk tuk companies that operate in Lisbon also offer Sintra and Cascais tours. A tuk tuk takes up to 6 people, and the price for one-hour ride is about €65.