Home » Traveller Information » How to Get from Lisbon to Coimbra by Train, Bus and Car

Coimbra is halfway between Lisbon and Porto, which makes it one of the most popular stops between these two cities. Coimbra is actually closer to Porto – 137 kilometres / 85 miles south, as opposed to 200 kilometres / 124 miles north of the capital.

Centered around its university, established in 1290, Coimbra is the most important city in Central Portugal, with a population of approximately 150 thousand people. 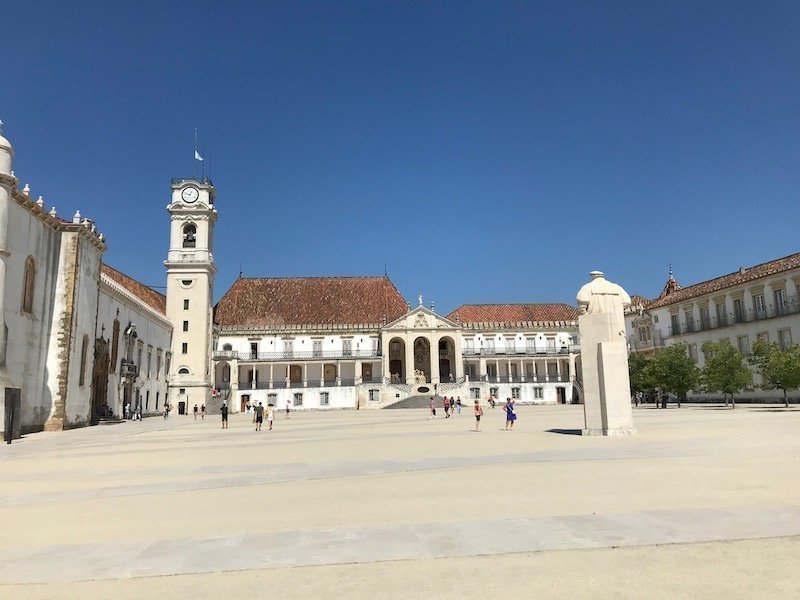 As Lisbon, Coimbra has its own version of fado. Linked to academic traditions, Coimbra’s fado is originally sung by men wearing black cloaks, and often takes the form of a serenata. Other Coimbra attractions include the Monastery of Santa-Clara-a-Nova, the old Cathedral, Quinta das Lágrimas with its beautiful gardens, and the banks of the Mondego River.

In general, taking the train or driving are your best transport options. Note that there is no airport in Coimbra.

There are frequent trains from Lisbon to Coimbra and onwards to Porto. The service is operated by CP. Choose the high-speed Alfa Pendular (AP) train, which runs every hour or so. The fastest train takes about two hours. Tickets can be booked on CP’s website up to 60 days in advance, and cost from €24.

In Lisbon, trains leave from Santa Polónia and Oriente stations. Santa Polónia is the old central station, while Oriente is the modern station in Parque das Nações, close to the airport. You can get to both stations by metro (blue and red lines). You arrive at Coimbra-B station and should take a regional train to Coimbra station in the centre of town (this journey is included in your ticket).

The bus between Lisbon and Coimbra takes about two hours and 30 minutes. Buses run many times throughout the day, and the service is carried out by Rede Expressos / Renex.

In Lisbon, you can take the the bus to Coimbra at either Sete Rios bus terminal (metro’s blue line) or Oriente station (metro’s red line). From Coimbra bus terminal, you can walk about 10 minutes to the town centre or take a local bus.

Bus tickets are about €14 one way, and all trips can be booked on Rede Expressos’ website up to 30 days in advance.

If you want to hire a car, check out our page on car rental in Lisbon, which includes advice on where to hire a car in the city, some car rental companies to compare prices from, and things to know when hiring a car in Portugal – for instance, why you should get a Via Verde toll transponder from your rental car company.