Óbidos is a pretty, small medieval town not far from Lisbon (about 80 kilometres / 50 miles), which makes it a perfect day trip from the city. Here’s all the information you need to visit it.

You can go directly to Óbidos or combine other sights with Óbidos, such as Fátima, Nazaré, monasteries of Alcobaça and Batalha , both Unesco World Heritage Sites.

Unfortunately, bus connections between these sights are poor. Also, the railway stations are a bit far, so the train is not a good transport option. Combining other sights with Óbidos requires taking a guided tour or driving. 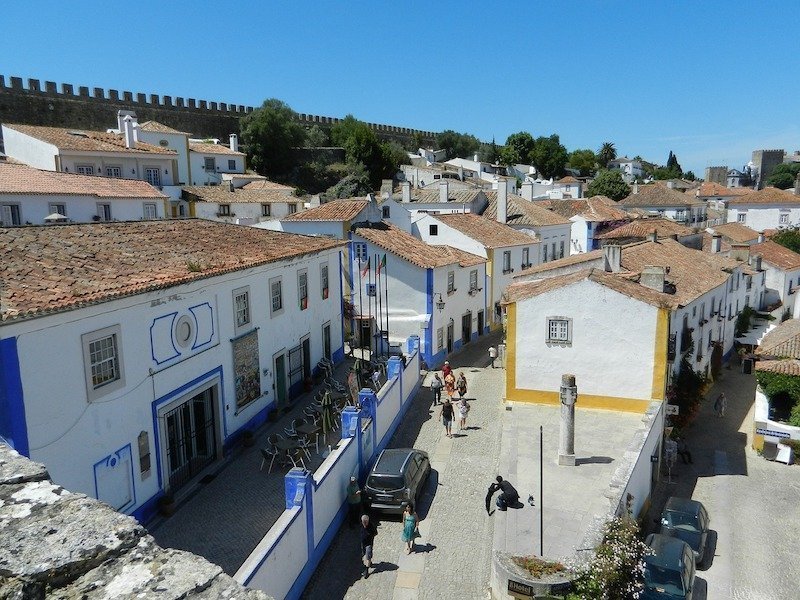 How to Get from Lisbon to Óbidos by Bus

The RDO – Rodoviária do Oeste bus company runs frequent buses to Óbidos (Rápida Verde) from Campo Grande bus station in Lisbon, which is connected to the metro. The journey takes one hour with only one stop in Bombarral. You can buy your tickets from the driver (cash only) or at the ticket office (cash or debit card). An adult one-way ticket costs about €8.

How to Get from Lisbon to Óbidos By Car

With a rental car, it takes 40 to 50 minutes to get from Lisbon to Óbidos on the A8 motorway (about €9 in tolls). Get out on exit 15 and follow the signs for Óbidos.

What to See and Do in Óbidos 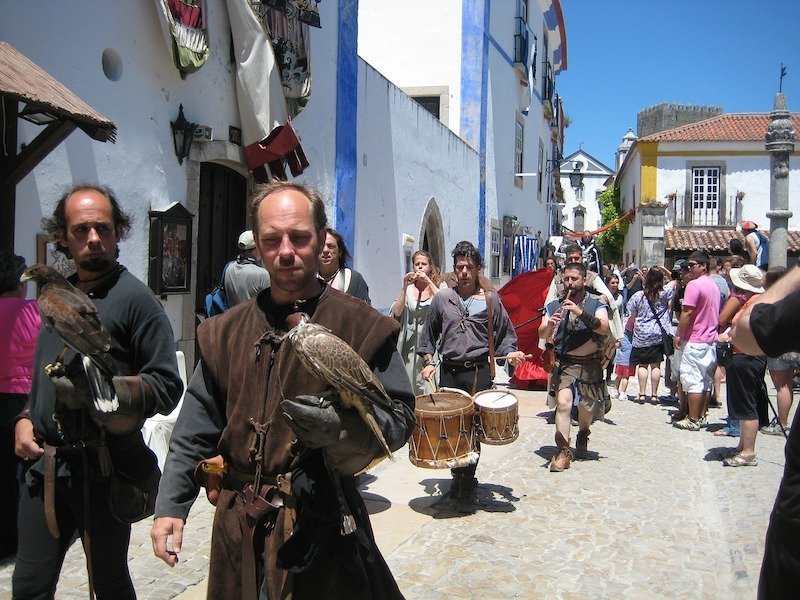 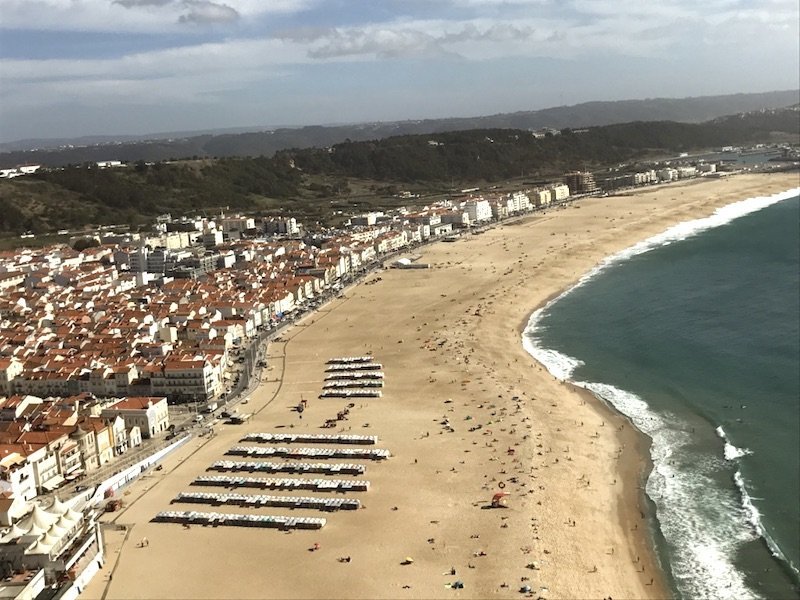 View of Nazaré – Promontório do Sítio

If you’re travelling by car or on a guided tour, you can combine other sites with Óbidos. You can make an onward trip to Fátima (about 90 kilometres / 56 miles from Óbidos) via Nazaré, known for the largest wave ever surfed, and the monasteries of Alcobaça and Batalha.

Peniche might be an alternative to the religious and pilgrimage site of Fátima. A boat trip to the nature reserve of Berlengas Island and the many beaches are some of the reasons to visit the fishing village of Peniche.