Near the National Theatre, Saint Dominic’s Church, dating from 1241, survived the great earthquake of 1755 and a fire in 1959 that completely destroyed its interior. Although the original medieval structure has disappeared, the church shows a rich combination of different styles.

Baroque and Mannerist influences are the most visible styles of Saint Dominic’s Church. All those that visit its interior are surprised by the scale of the church nave, so different from the idea one makes of it from the outside.

A bit of history 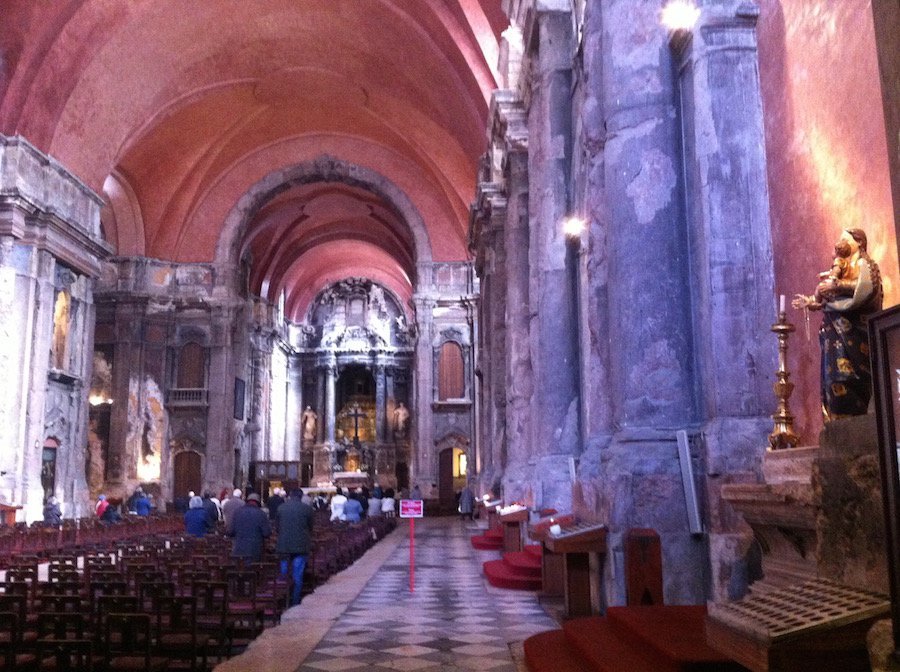 For many years, this was one of the most important churches in Lisbon, where important religious ceremonies, such as royal marriages and christenings, were held. It was also here that in 1506 began one of the darkest episodes in Lisbon’s history: a three-day massacre where hundreds of people accused of being Jews, and thus guilty of heresy, were persecuted, tortured and killed.

The Lisbon Massacre, also known as 1506 Easter Slaughter, began on a Sunday Mass in April when believers were praying for the end of the drought, hunger and plague that ravaged Portugal at the time. One believer claimed to have had a vision of Christ, a miracle as interpreted by other Catholics. When a New Christian tried to explain the “miracle” as light reflection, the crowd wouldn’t want to listen. The New Christian was beaten to death. Thereafter, all Jews in the city were accused of heresy.

It was also here that, some years later, those condemned by the Portuguese Inquisition were left waiting to be burned alive at Rossio.

Later, only the sacristy and altar survived the great earthquake of 1755. The rest had to be rebuilt in the years that followed. The sumptuous interior of gilded woodcarving and valuable paintings was to be destroyed by a fire in 1959. When the church reopened in 1994, the marks of fire were left exposed on the church walls.

The church is located on Largo de São Domingos, a square popular among Lisbon’s African community that daily gathers here. A monument mural, inaugurated in 2008, reads “Lisbon, City of Tolerance” in 34 languages recalling the terrible episode of 1506 and paying tribute to the Jewish victims.

The square has several stores and cafés, and is home of the famous cherry brandy shop A Ginjinha.