Beneath the streets of the Baixa lies a hidden and fascinating archaeological museum.

Between 1991 and 1995, the structure of what are believed to be the remains of a Roman spa and fish salting factory were discovered during renovation works of the Millennium bcp bank building.

Today, the Millennium bcp Foundation organises 60-minute guided tours (also available in English) that go through the cramped tunnels and distinct layers that uncover several periods of Lisbon’s occupation history from pre-earthquake to the eighteenth century. 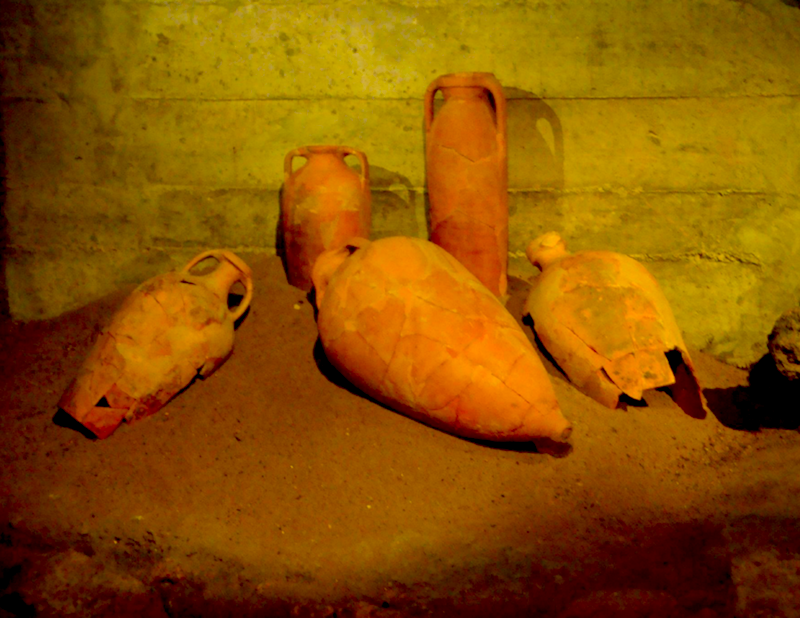 The tour uncovers stone work and structures from the Phoenician period of the city of Olisipo. The existing foundations were built by the Romans, and further developed during the Islamic period. The Medieval constructions that followed survived until the earthquake of 1755 that devastated this part of the city. The reconstruction of the Baixa was then commissioned by Marquês de Pombal, the King’s Secretary of State.

Most archaeological findings are seen through glass floors. Because the Baixa neighbourhood is built on a riverbed, you can also admire the wooden piles that sustain many buildings in this area. While waiting for the tour to begin, you can enjoy a number of twentieth century paintings by local artists.

The Archaeological Nucleus will be temporarily closed for renovation from 1 June 2019, probably until the end of the year.
Baixa & Rossio
Share. Twitter Facebook Pinterest LinkedIn Tumblr Email
Previous ArticleRua Augusta & Rua Augusta Arch Viewpoint
Next Article Festivals and Events All Year Round