With a white dome rising above Alfama, the Panteão Nacional (National Pantheon) houses the tombs of distinguished Portuguese figures. From the terrace, there are stunning views over the River Tejo and the city.

Originally intended to be a church, works began in the second half of the seventeenth century only to be concluded in the mid twentieth century!

By then, it was decided that this masterpiece of the Baroque architecture would no longer become the Church Santa Engrácia but the Panteão Nacional, housing the tombs of distinguished Portuguese figures. 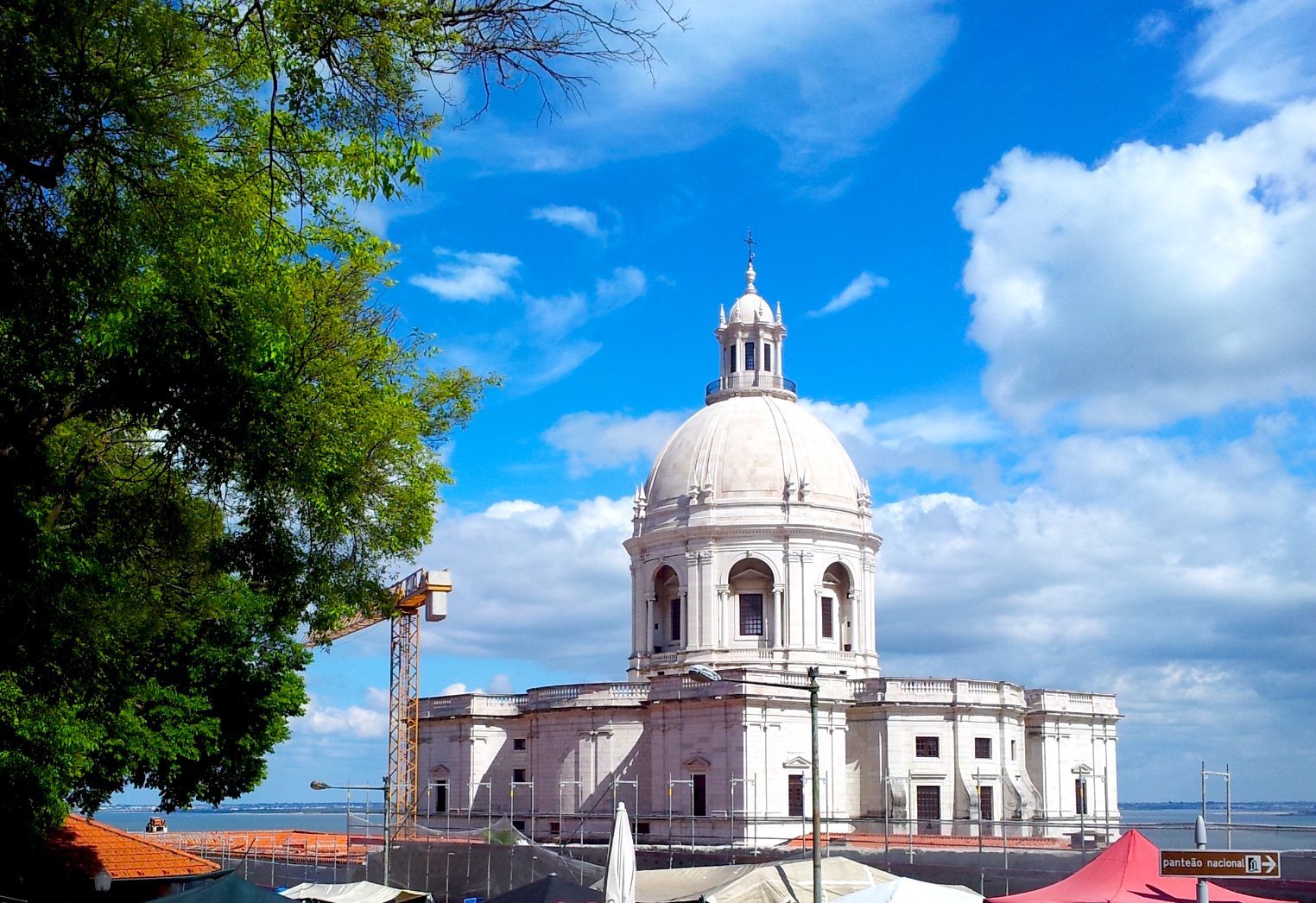 Among former Presidents of the Portuguese Republic, the Panteão pays hommage to the Queen of Fado Amália Rodrigues (1920-99) and to the legendary football player Eusébio (1942-2014).

We recommend a visit to the viewpoint on the 4th floor for stunning views of Alfama and the river.

If you visit on a Tuesday or Saturday, you’ll have the chance to hunt for some buried treasure in Lisbon’s flea market known as Feira da Ladra (or “Thieves’ Market” in a literal translation).