Alongside history and tradition, Pastéis de Belém is widely recognised as the patisserie to sample the authentic pastel de nata (custard tart) in Lisbon.

At the beginning, the monks at Jerónimos Monastery made the tarts to be sold at a shop next to a sugar cane refinery.

Times were difficult following the 1820 Portuguese Liberal Revolution, whereby monasteries had been shut down. Moreover, Belém was far from Lisbon, reached by steamboat only. However, once the word spread about the delicious pastries, the distance did not seem to matter. 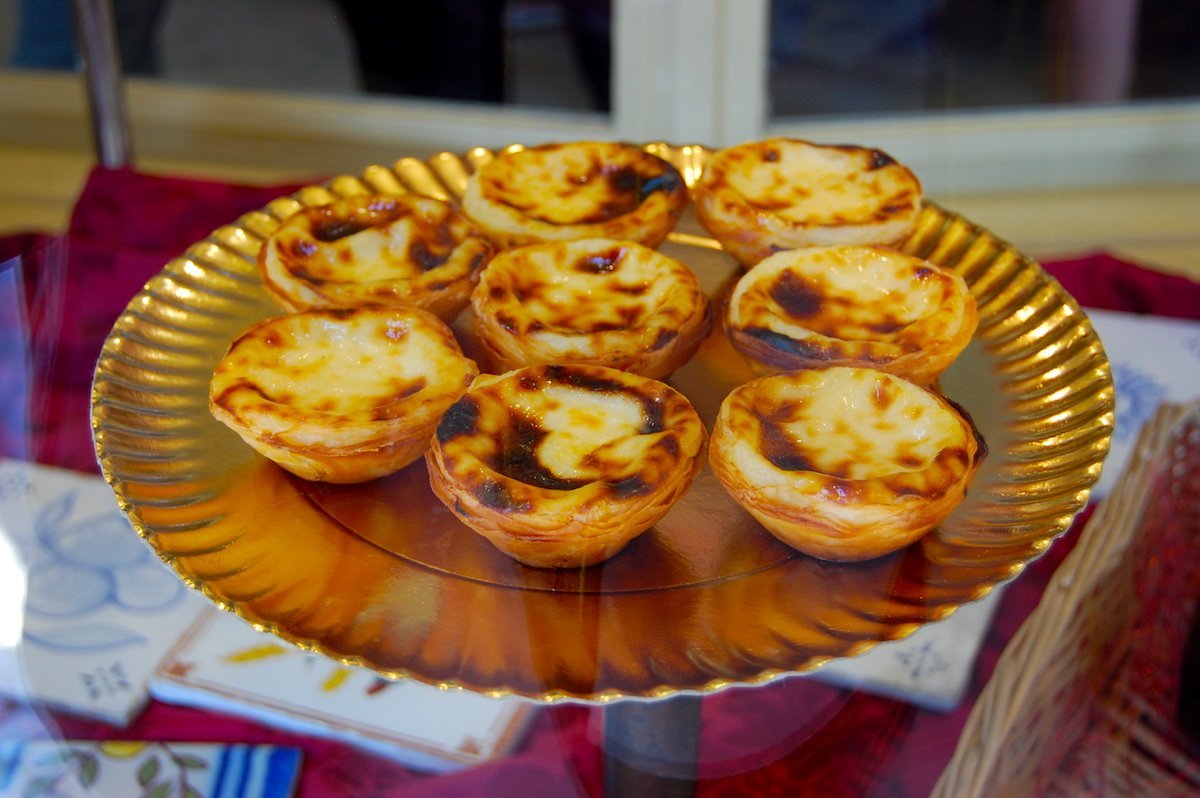 In 1837, the tarts started to be produced in new premises by pastry chefs, the only ones to whom the secret monastery recipe was passed on. Since then, the original recipe hasn’t changed, and it’s still a secret today, known by only a few, and kept in what is known as the “secret room”. 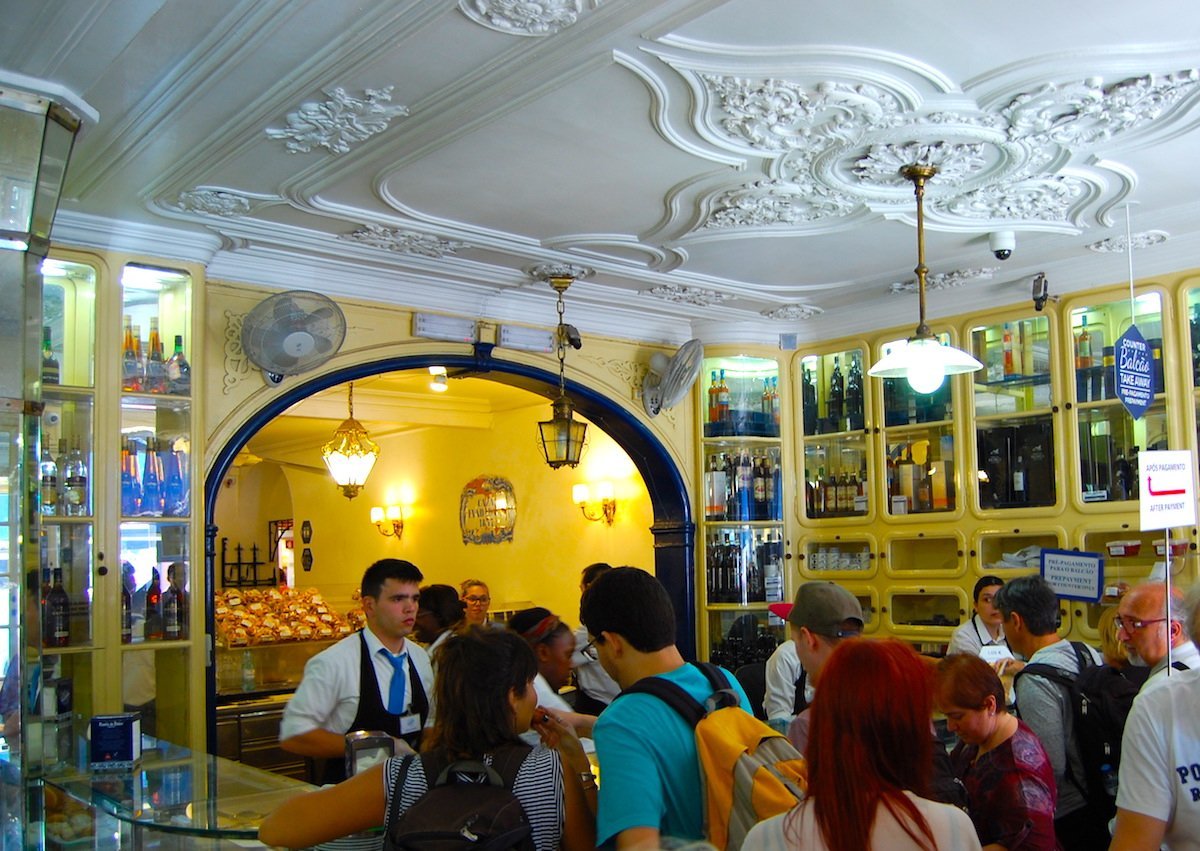 The place sells over 20,000 pastéis de nata daily. It is usually crowded, and sometimes the service can be a bit on the chaotic side. Order a custard tart, or a box of six, either at the counter or seated in the back room (if you are lucky enough to get an empty table). Usually sprinkled with canela (cinnamon), the tart is often accompanied with a bica, a strong espresso coffee.