Sintra and Cascais make the perfect day trip from Lisbon for independent travellers.

From Sintra, venture onward to Cabo da Roca and see the westernmost point in mainland Europe. Then visit the stunning Ursa and Guincho Beaches, and finish off in Cascais.

Follow our guide, and use the directions and map below to find out how to get there and to locate the attractions.

Where are Sintra and Cascais

Sintra and Cascais are two of the most popular destinations for a day trip from Lisbon. Sintra is just 30km / 19mi northwest of Lisbon, while Cascais is around 34km / 21mi west of the Portuguese capital.

In one day, you’ll be able to see:

Sintra is a Unesco World Heritage Site since 1995. The village boasts extraordinary palaces, a Moorish castle, a semitropical garden and scenic views. Read about the Top 6 Attractions in Sintra for more details. 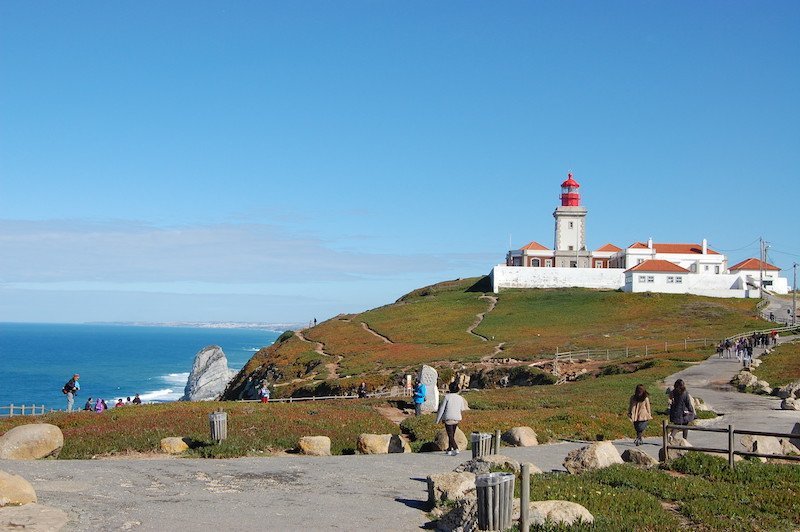 Cabo da Roca is a 150-metre cliff, located 18km / 11 mi west of Sintra. It’s Portugal and continental Europe’s westernmost point. It offers amazing ocean views. Despite the many tourists, mostly on weekends and when bus tours arrive, there is plenty of space for everybody. There are trails along the cliff top to explore the area. The lighthouse dates from 1772. 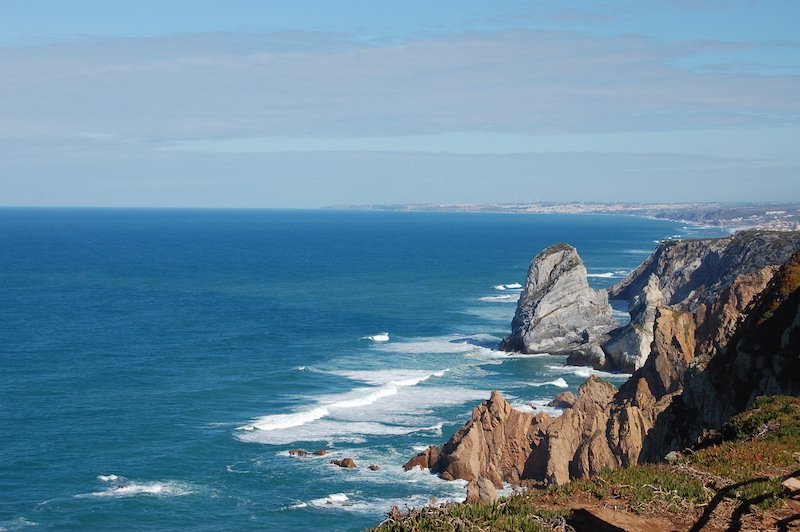 Coastline with Praia da Ursa hidden to the right

The stunning Praia da Ursa is a white sand beach, just before reaching Cabo da Roca. It remains relatively quiet because of the not so easy path, quite steep at times, down to the beach. For the few who dare to venture, the 20-minute steep walk is a small price to pay for the views both during the cliff descent and once on the beach. 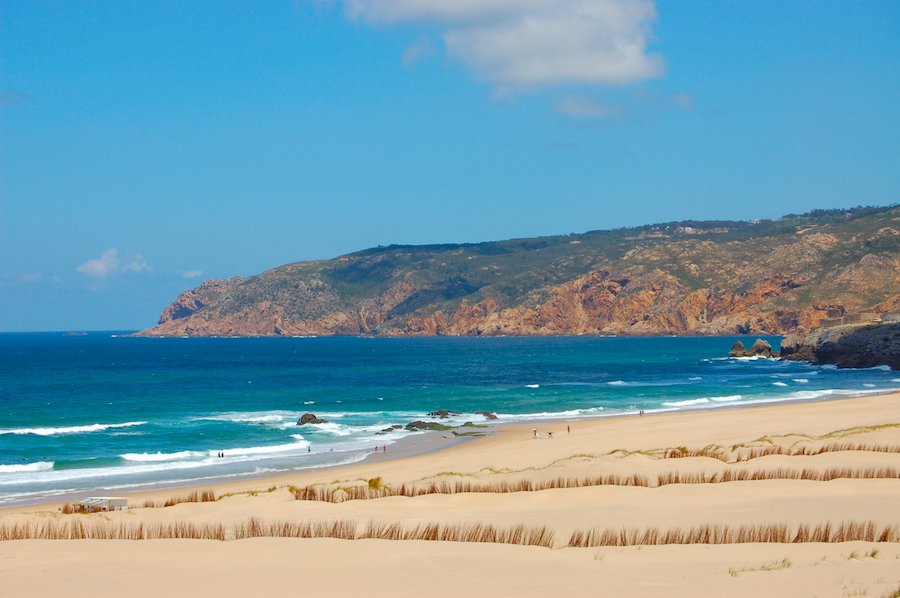 Located 9km / 6 mi northwest of Cascais, Praia do Guincho is another stunning beach. Usually windy, it’s a great surf or windsurf spot. Many people cycle along the 9km shoreline path from Cascais to Guincho. There are some nice seafood restaurants in the area (see below). 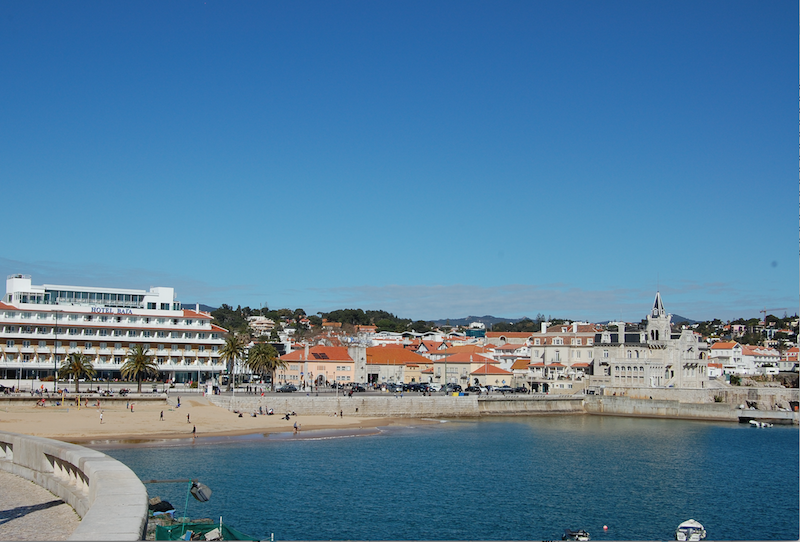 A former fishing village, Cascais is now a tourist destination with several beaches to explore, a marina, a harbour seafront, historic buildings, and a popular shoreline connecting Cascais to Praia do Guincho, ideal for walking, running and cycling.

How to Get to Sintra, Cascais and Beyond

Take the commuter train from Lisbon’s Rossio station to Sintra (details here). From Sintra station, take bus #403 operated by Scotturb that goes to Cascais, stopping in Cabo da Roca. It runs every hour or so. Unfortunately, the bus doesn’t go through Guincho. Read our page on Getting Around Sintra and Cascais by Bus, Tram and Bike to learn about all your options.

Once in Cascais, take the train back to Lisbon, but this time you’ll go to Cais do Sodré station, instead of Rossio station (details here).

If you prefer, you can easily make this trip in reverse order, taking the train in Cais do Sodré station to Cascais and going by bus onward to Cabo da Roca and finally Sintra, before returning to Lisbon by train to Rossio station.

Staying in Sintra and Cascais

There are a few lodging options in both Sintra and Cascais if you decide to spend the night. Check our list of Hotels with a Sea View in Cascais and our page on Romantic Hotels in Lisbon, which includes a few of suggestions in Sintra and Guincho.

What to Eat in Sintra and Cascais

Sintra is famous for its queijadas – crisp pastry shells filled with a mix of fresh cheese, sugar, flour and cinnamon. Fábrica das Verdadeiras Queijadas da Sapa (Volta Duche 12) has been selling these delicious pastries since 1756. Casa Piriquita (Ruas das Padarias 1) tempts visitors to Sintra with the travesseiro (pillow), another traditional pastry filled with almond-and-egg-yolk cream and then rolled and folded seven times.

Cascais and Guincho are famous for their variety of seafood restaurants. If you’re not sure which one to choose, here are three of the best:

Around Lisbon Car Hire Itineraries
Share. Twitter Facebook Pinterest LinkedIn Tumblr Email
Previous ArticleHow to Get from Lisbon to Porto by Train, Bus, Plane and Car
Next Article What to Eat & Drink and Where – Lisbon Specialties