In between the adjacent Rossio and the nearby Praça Martim Moniz, Praça da Figueira is home to Confeitaria Nacional, the oldest patisserie in Lisbon, founded in 1829. This historic square also has a number of hotels, stores and cafés.

The space of Praça da Figueira was occupied by the Hospital Real de Todos os Santos (All Saints Royal Hospital), which was destroyed by the earthquake of 1755 and the fire that followed it.

By 1855, a large covered market was built, becoming Lisbon’s main market until 1950 when it was demolished. 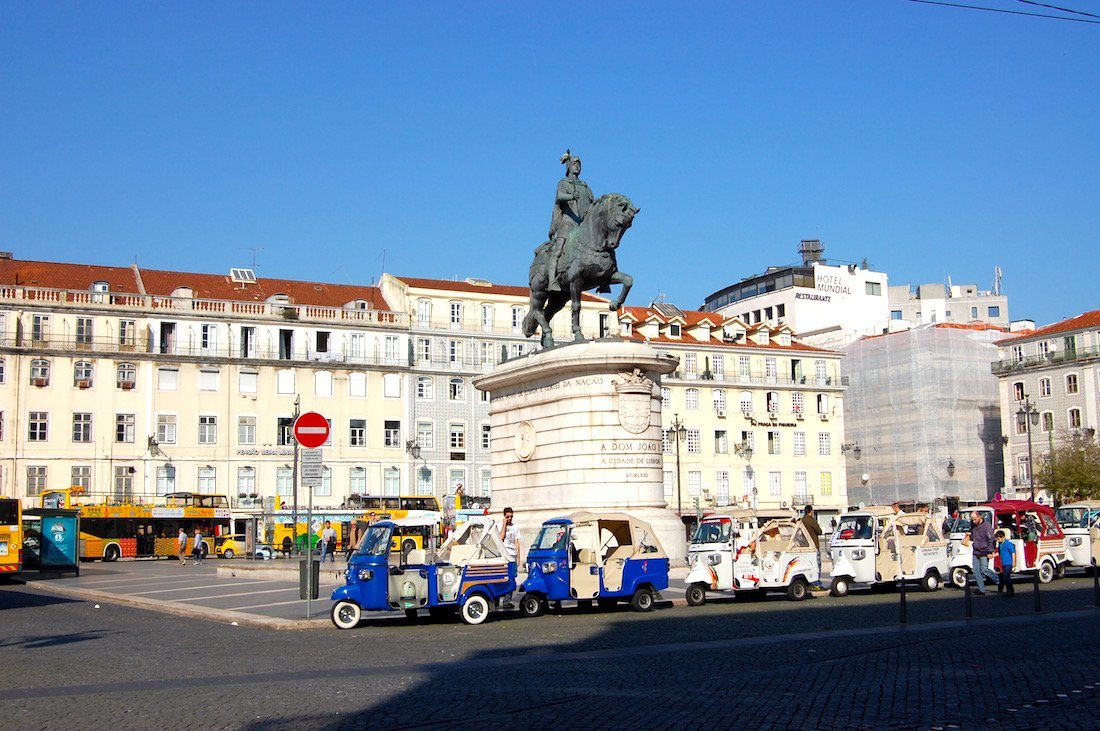 The square is flanked by four-storey Pombaline buildings turned into hotels, stores and cafés, some of which have outdoor seats, including the touristic Pastelaria Suíça. The equestrian statue of King Dom João I lies in the centre of the square with the customary pigeons swarming around it.

Serving some of the best pastries in Lisbon, the historic Confeitaria Nacional is located on the south side of Praça da Figueira. If visiting during Christmas season, don’t miss the Bolo Rei, a traditional ring-shaped fruit and nut cake that can also be bought by the slice.

From Praça da Figueira, you can take the modern tram 15 to Belém.