Founded in 1846, Teatro Dona Maria II is the National Theatre, created for the purpose of developing and promoting the performing arts in Portugal. It occupies a grand neoclassical building on the north side of the square known as Rossio.

The theatre’s final location was eventually chosen to be the site of the former Inquisitional Palace, destroyed by the 1755 earthquake. The theatre was inaugurated during the celebrations of Dona Maria II’s 27th birthday, thereby taking the queen’s name. 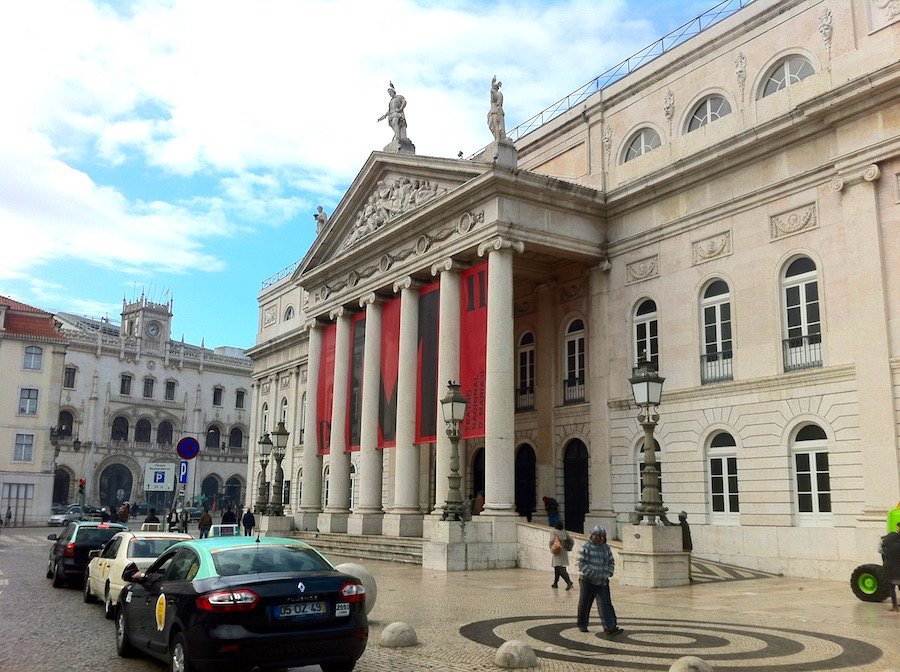 In the twentieth century, the theatre would be completely destroyed by a fire in 1964. The building that you see today was reconstructed and reopened in 1978, preserving the original neoclassical style from the 1840s.

There are guided tours that lead you from the performance rooms to the unseen areas in the theatre backstage, including dressing rooms, technical areas, prop and costume-making rooms. The guided tours take approximately one hour, and are available in Portuguese, English, French, Spanish, Italian and German. An adult ticket is €8.