Peniche is a fishing town some 100 kilometres (about 62 miles) north of Lisbon. Set on a peninsula on the Silver Coast, it’s midway between the Portuguese capital and Nazaré.

With several beaches, Peniche draws holidaymakers in summer and surfers when the big winter swells arrive. But the town itself also has a few things worth seeing. Here are some ways to spend your time. 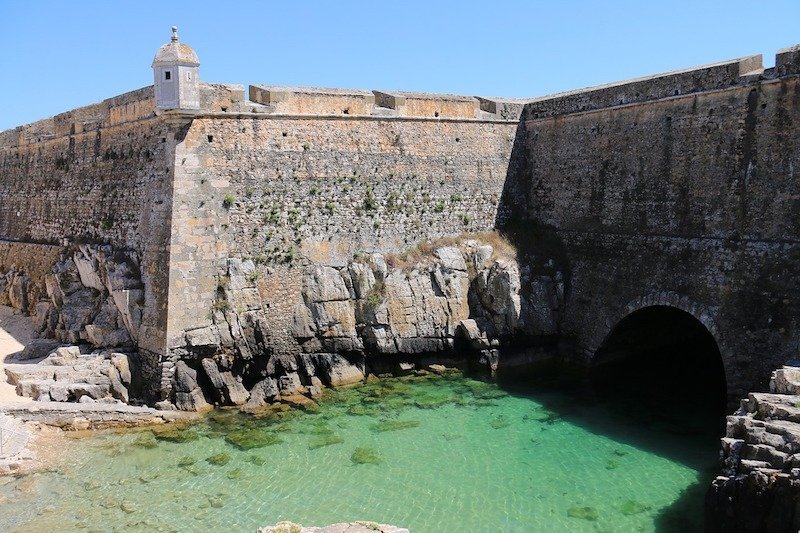 Peniche has a fortress built in the 16th century in response to the constant attacks from pirates and foreign countries. The fortress had strategic military and defensive functions until it became a political prison between 1934 and 1974, during Salazar’s fascist dictatorship. You can go inside the Peniche Fortress and see where the prisoners were kept, where they talked to their loved ones, and where they were confined in solitary.

Note: As of November 2017, the fortress is under renovation, which means that for some time you won’t be able to visit inside. You can still admire the rocky coastline from the outside. 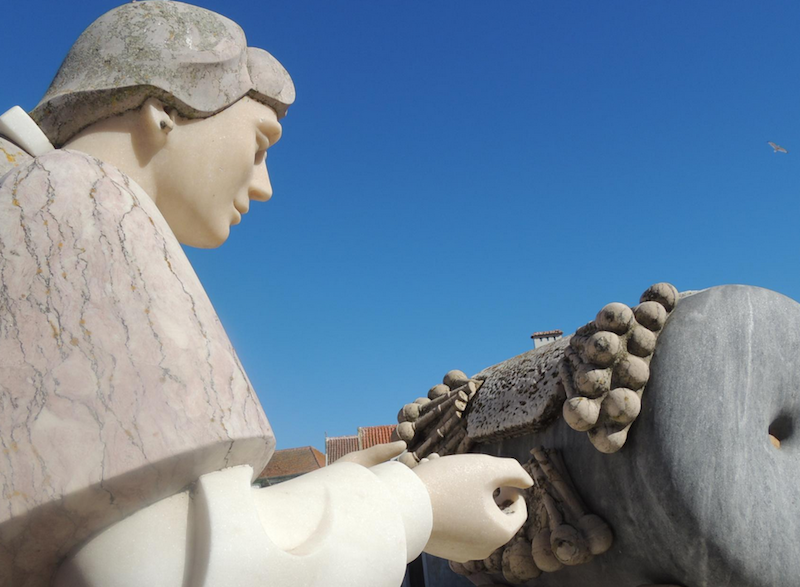 Peniche is home to one the biggest traditional fishing ports in Portugal. Down at the harbour, you may see fishermen going about their daily tasks. It is also a renowned centre for producing lace, known as “renda de bilros”, a craft but also a part of the region’s cultural heritage.

Traditionally, women helped men salting and storing fish, and at the same time they produced lace to help make ends meet. If you’re interested in this art with more than 400 years, there’s a museum (with English captions) and a sculpture in the centre paying tribute to the rendilheira (the lacemaker). 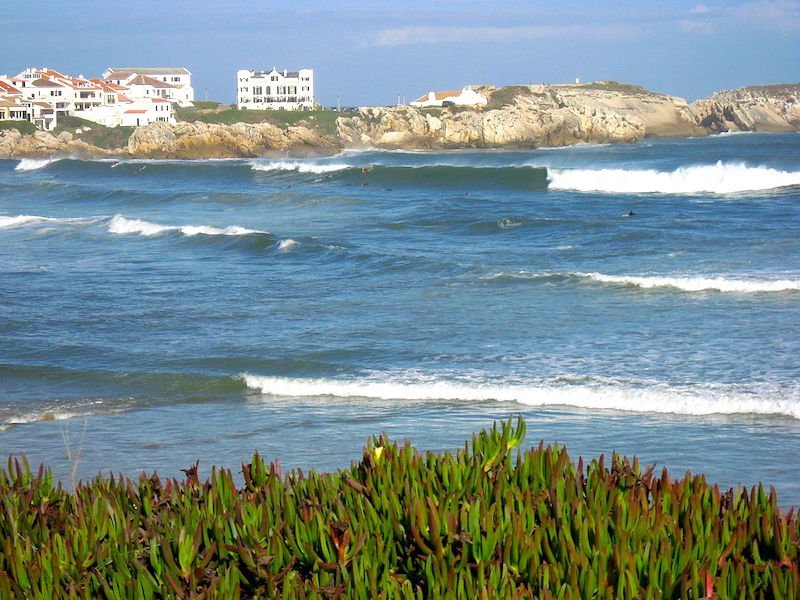 There are several beaches in the region, but the beautiful Praia do Baleal north of Peniche is one of the most popular. Forming a bay, Baleal beach offers amazing views, dunes and sea. It’s great for swimming, long walks, initiation surfing, and taking photos. The nearby town is also nice, and has a couple of restaurants. 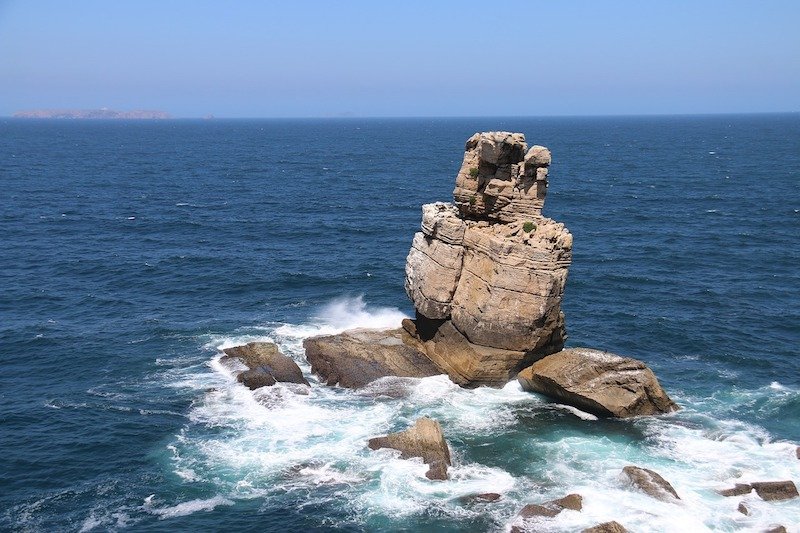 Cabo Carvoeiro is a cliff, about 3 kilometres west of Peniche. It’s the westernmost point north of Cabo da Roca, and a place of amazing geological formations and views to the Berlengas Islands. Here also lies a 27-metre lighthouse dating from 1790, and a restaurant.

5. Take a Boat Ride to the Berlengas Islands

Set some 6 miles off the coast, the Berlengas archipelago comprises three islands, home to sea birds and lizards. The archipelago is a UNESCO World Biosphere Reserve. The main island, Berlenga Grande (Big Berlenga), is 1.5km long by 0.8km wide. It has a lighthouse, the Fortress of São João Baptista, a small beach, and a couple of restaurants. This is a place to be with nature. We recommend taking some water and food with you.

Berlenga Grande is the only ever inhabited island. During the 16th century, monks of the Jerónimos Order founded a monastery to help navigation and the frequent shipwrecks on this part of the Atlantic coast. However, life was difficult with the frequent pirate attacks, diseases and food shortage due to long periods in complete isolation. A century later, the Fortress of São João Baptista was erected and played a crucial defensive role until the 19th century. 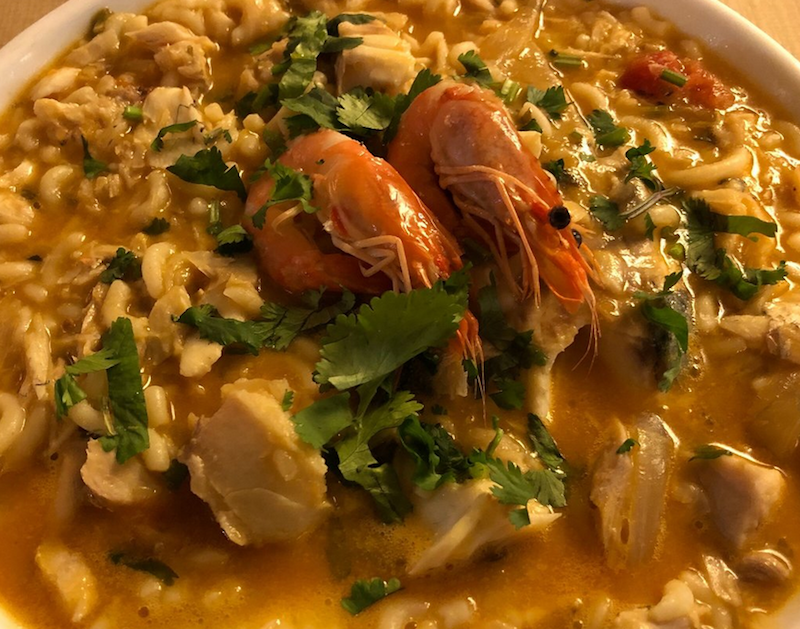 There’s no better place to experience fresh fish and seafood than in Peniche. Around the harbour area, there are many restaurants serving the region’s specialties which include caldeirada (fish stew), fish soup, lobster and grilled sardines. But whatever you choose in Peniche, as long as it’s fish or seafood, you can’t really go wrong For dessert, indulge yourself with the traditional pastries – Pastéis de Peniche and Ésses de Peniche. If can’t decide which restaurant to choose, here are some of most popular (average price: €30):

Where to Stay in Peniche

There are a few lodging options in the area if you decide to spend the night: