Chiado is one of the few areas in Lisbon where you can still shop in century-old establishments, and get a taste of the old city.

A few bookstores and cafés, a flower shop, a chemist and other curious little shops remain little changed since they were founded more than half a century ago.

Wander up and down Rua Garrett and the nearby Rua do Carmo and discover the shops that make up the character of the authentic Lisbon.

Founded in 1864, Casa Havaneza is the oldest cigar merchant in Lisbon. The importance of the place in the 1870s is documented in the writings by several Portuguese authors, including Eça de Queirós who mentions Casa Havaneza in several of his books. Largo do Chiado, 25 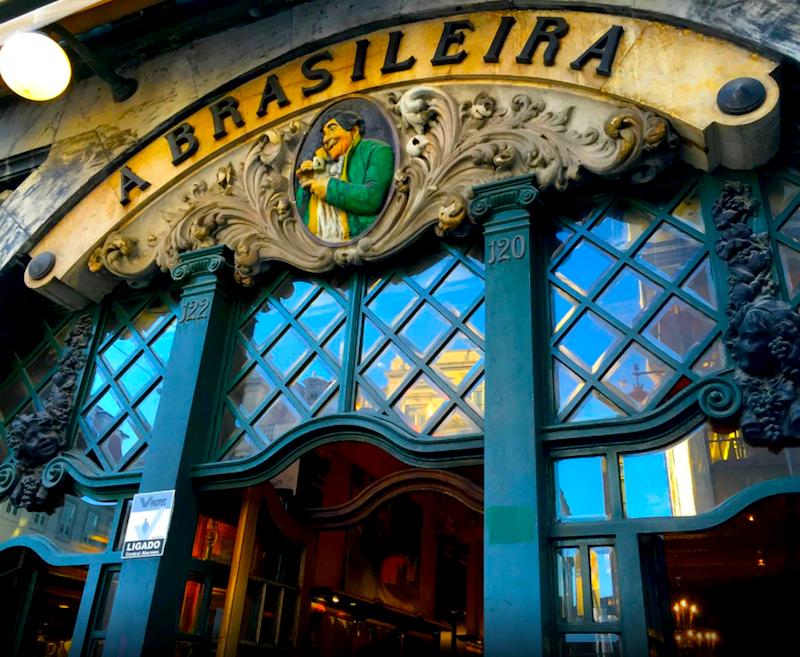 Next door to Casa Havaneza, A Brasileira founded in 1905 is one of Lisbon’s most famous cafés. Order a bica and a pastel de nata, a strong espresso coffee and the famous custard tart. Outside, don’t forget to pose with the statue of Fernando Pessoa, Portugal’s most celebrated twentieth century poet. Rua Garrett, 120-122

Opened in 1868, Pastelaria Benard is one of the oldest patisseries in Lisbon still in existence. If you’re looking for an excellent croissant, look no further – some say Benard has the best croissants in Lisbon. Rua Garrett, 104

The future of this bookstore, founded in 1943, remains uncertain. After having recently closed down, the store reopened selling used and rare books. Rua Garrett, 100 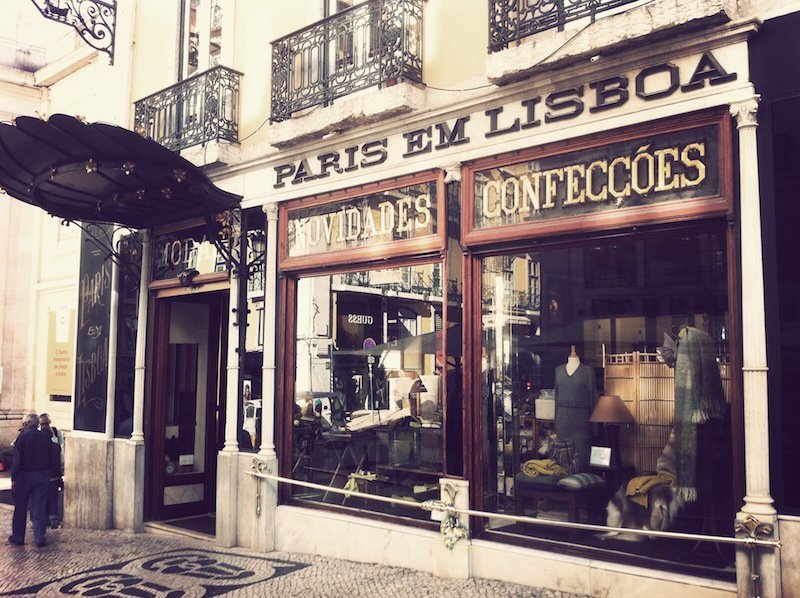 Established in 1888, Paris in Lisbon is evidence of the elegant Chiado of the nineteenth century. At the time, the store sold the best linen, silk and embroidery directly from Paris, becoming a supplier of the royal Portuguese court by the beginning of the twentieth century. Over the years, the shop evolved to adapt to the new shopping patterns. Today, it is a three-storey shop offering a wide selection of bed, bath, table linen and related products. Rua Garrett, 77

Farmácia do Chiado is the chemist on the site where Farmácia Durão was operating in 1882. The store’s elegant premises feature antique wooden counters and an arch that separates the customers from where remedies used to be prepared. Rua Garrett, 90

Livraria Bertrand is the world’s oldest independent bookstore. If you don’t believe it, there’s a certificate from the Guinness World Book of Records on display inside. Bertrand company was established in 1732, but only in 1773, after the earthquake of 1755, did it move to its current location on Rua Garrett. Today, the bookstore is part of a nationwide book-chain of more than 40 stores. Rua Garrett, 73

Opened in 1909 on Rua Garrett, this jewelry was part of a business established in Porto. The premises are decorated in Louis XIV-style, and the wrought-iron façade dates from 1939. Rua Garrett, 50 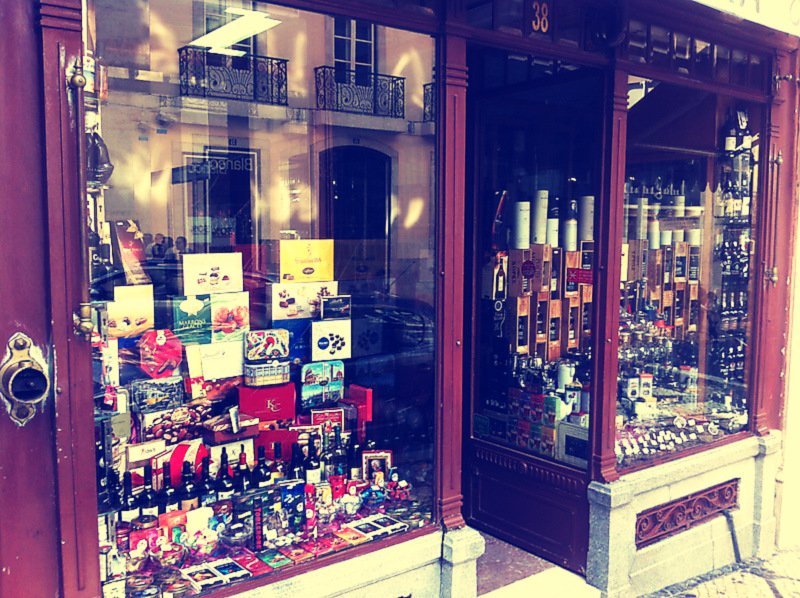 Even with its beautiful flowers and plants outside, this small flower shop is easy to miss in the bustling Chiado. It was established by a French man as staircase florist in the late nineteenth century. Rua Garrett, 61

Livraria Ferin is still today a family-run bookstore. Established in 1840 by two daughters of a Belgian man (Ferin was his surname) who came to Portugal during the Napoleonic Wars, it is the second oldest bookstore in Lisbon, after Livraria Bertrand. Rua Nova do Almada, 70 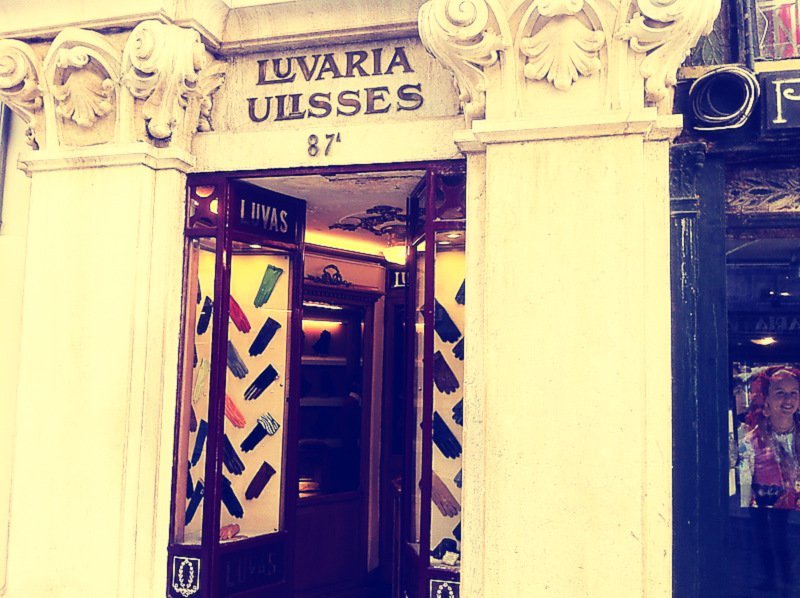 From the tiny, unaltered old premises in a building with a neoclassical façade, Luvaria Ulisses is the last establishment in Lisbon that sells exclusively gloves and mittens. It was founded by Joaquim Rodrigues Simões in 1925. Rua do Carmo, 87A 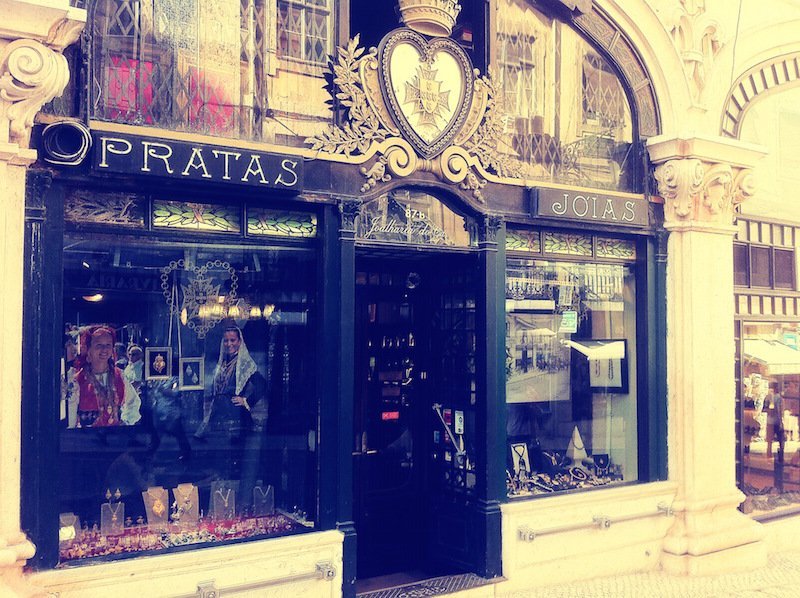 Next door to Luvaria Ulisses, the Carmo jeweler is still at the site on which it first opened in 1924. Part of a family-run business founded in Porto in the late nineteenth century, the store is quite beautiful, with its art deco interior. You may need to ring the bell to go inside. Rua do Carmo, 87B